Please note that all blog posts before 8 April 2007 were automatically imported from LiveJournal.  To see the comments and any LiveJournal-specific extras such as polls and user icons, please find the source posting at http://brianenigma.livejournal.com/2007/03/

First: I retired an old NIN shirt yesterday. It was a black military-style shirt I got at an old concert (maybe Downward Spiral? Maybe Broken?) with a NIN patch on one of the pocket flaps. In its place, I got a brand new shirt of the same style (sans patch) from the local surplus store. I now know the name of that style of shirt: BDU, or Battle Dress Uniform, if I want more in the future. They make great over-shirts for when it is cool enough that you need a little something extra, but warm enough that a jacket would be overkill.

Second: I know the majority of folks on my LJ friend list are not into ARGs and such, but a good number of them are (or at least were) into Nine Inch Nails. As you may or may not have heard, he/they are coming out with a new album next month, Year Zero. As you might not have heard, there is a whole “marketing” (or interactive conceptual art thingey) that goes with it all, that is occurring right now. The album is a concept album that goes along with a story that is unfolding on the web and in real life. As Trent says: “It takes place about 15 years in the future. Things are not good. If you imagine a world where greed and power continue to run their likely course, you’ll have an idea of the backdrop. The world has reached the breaking point — politically, spiritually and ecologically.”

People first found out about this through some concert shirts. A few of the letters were bolder/brighter than the others and putting them together spells iamtryingtobelieve (or try this link if that first one doesn’t work.) Next, people found USB keychain drives in the bathrooms at various NIN concerts around the world. These contained MP3s of unreleased tracks from the upcoming album (which, I am sure is driving the RIAA batty because if you share these files, is it stealing?) Some of the sounds have static, which if put through a spectrum analyzer (a la Aphex Twin’s self portrait song), you get an image of a hand, which keeps appearing all over the websites and videos. What is it? A hallucination? The hand of god? Something else? As much as I try not to, I keep picturing it as a big cartoon Monty Python hand, regardless of what it actually looks like. 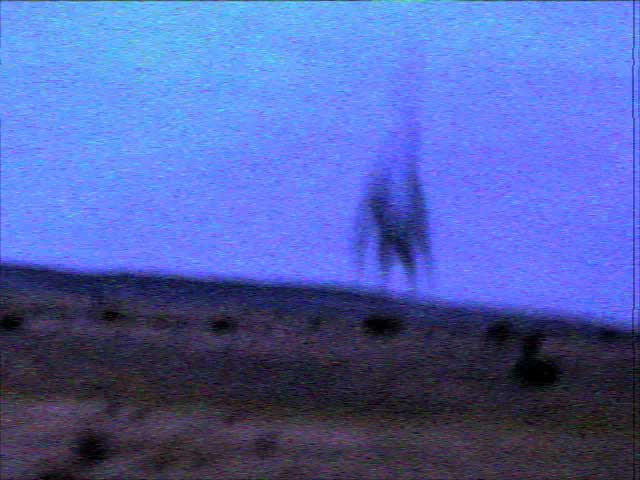 I’m just getting into all of this today (although it has been playing out for the past few weeks), so I don’t yet know all the details. If you want to follow, check the initial website, look at the trailer (http://yearzero.nin.com/, also linked from that image above), read the Unfiction thread. In fact, I’m going to repost (without permission, but I don’t think they’ll mind) what ARGN has to say about it all because they can describe it much better than I can right now:

Swirling around the announcement of Nine Inch Nail’s upcoming album, Year Zero, are stories of mysterious finds related to the album: songs “leaked” on thumb drives left in bathrooms during concerts, unsettling websites and videos haunted by an ominous presence, and glimpses into a dystopian future not far removed from our own.

Unfolding from the websites, songs, and videos is a tale of oppression, injustice, and revolution. Fed up with increasing violence, civil unrest and terrorism, an unelected U.S. Government created a Bureau of Morality and restarted the nation’s clock at Year Zero. The First Amendment is now a thing of the past and the authorities have their thumb firmly positioned over all matters pertaining to art and culture. The quasi-totalitarian administration also utilizes the power of reactionary religious organizations to ensure that U.S. citizens are kept under tight control.

If history tells us anything, however, it is that such a restrictive regime cannot last forever. A resistance has been formed to speak out against the government’s oppressive intervention into its citizens’ lives. Using codes, flyers, USB drives left in restrooms across the world, spectrograms on MP3 songs, and a handful of websites, the faithful (or fanatics, depending on your point of view) are spreading their message and gathering in secret to discuss the latest salvos in their ongoing battle against The Man.

But there’s more going on here than just freedom fighters arrayed against the full tide of an overbearing and illegitimate leadership. A hand-like creature has been seen walking the desert, slipping downwards to earth from the heavens. The sightings started after a drug, Parepin, was added to the water in an effort to prevent bioterrorist attacks. Is it a hallucination? Divine intervention? The Angel of Death? Or, as clever Unfiction players recently suggested, might the Presence be a cross-temporal manifestation of the players themselves?

With speculation that this might be the latest production from 42 Entertainment, curiosity about the way the story is being told (is this a flashback hidden between clips of music, a la The Handmaid’s Tale? And how is it being transmitted back in time to 2007?) and a claim from Trent Reznor that this is not “some gimmick to get you to buy a record…this IS the art form,” which is “just getting started,” interest is high. The scheduled release of the Year Zero album is 4/17/07. Until then do not drink the water.