Please note that all blog posts before 8 April 2007 were automatically imported from LiveJournal.  To see the comments and any LiveJournal-specific extras such as polls and user icons, please find the source posting at http://brianenigma.livejournal.com/2007/02/

You know you are old when one of the biggest highlights of the week is “I just picked up a new set of kitchen knives.” Admittedly, it was a necessity and the new knives are very cool, but still. Until recently, I have been using a set of knives in a wooden block that I bought about 10-15 years ago at Pic-N-Sav, back when it was still called Pic-N-Sav. They are old enough that the handles–plastic, with a thin layer of rubber gripping over them–have broken down a bit. They are not cracked by any means, but the plastic has loosened from the metal in just the tiniest hairline amounts that tiny amounts of water have gotten inside the handles and rusted the blades. The process was minor and absolutely unnoticeable until a few months ago when a steak knife broke at the handle. Basically, the blade snapped just inside the handle because the metal had rusted or fatigued. This happened with another steak knife last weekend, then with the big chef’s knife a couple of nights ago. So finally, the knives I have been eyeing for years became less of a dream and more of a necessity. 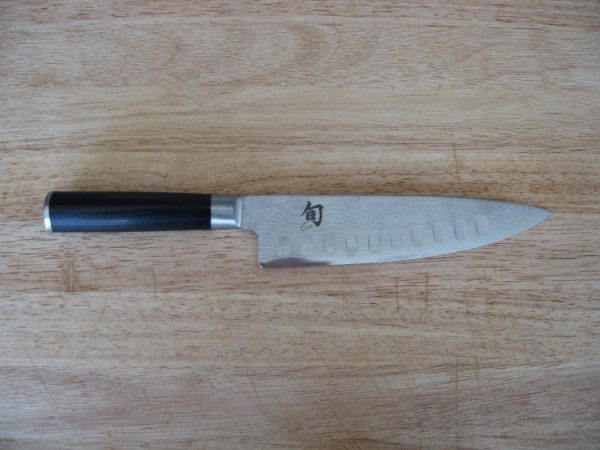 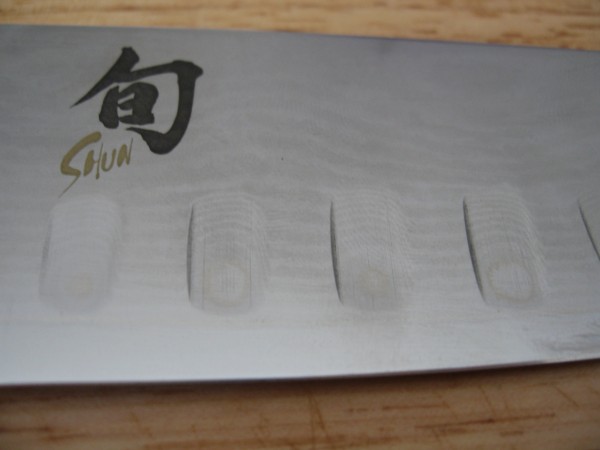 They’re pretty much samurai swords that have been tamed for kitchen use. Seriously. They are made in much the same way that samurai swords have been made over the centuries. They are quite possibly made in the same was that Damascus steel was–an advanced Middle Eastern swordmaking technique used from about 300BC until the skill was lost around 1750AD. They basically take a steel alloy, pound it into sheets, fold those sheets together, hammer them, then keep folding and hammering. This gives them this awesome wood-grain-like texture.

The set I picked up was the cheapest, most basic set with a block (damn, nice knives are expensive!) with a few extra knives added a la carte. I do not think that I have to worry about the blades snapping for a very, very, very, very long time.