My life is sometimes weird.

Last weekend: running around San Francisco, attempting to restore the communications channel to a fictitious world by solving logic puzzles.

This weekend: massage, immediately followed by practice ghost hunting in a mausoleum with Northwest Paranormal Investigations.

The mausoleum was rather nice–8 floors, only about 3 or 4 of which were above ground. This really helped with the 95ºF weather! It was basically the same mausoleum that Chuck Palahniuk used as a setting for Marla in Fight Club (the book, not the film, and even wrote portions of the book there.) This meeting was sort of a “taster” to get the feel of the equipment and to get to know the people. I learned a fair amount and met some really great people. Next month, I will probably pony up the membership fee and join for real.

The evening concluded with drinks at The Basement with Brian, Brandon, and Ken, followed by dinner at Montage. I had not previously noticed items at the bottom of the drink menu. $250K? Grain alcohol? (For non-residents: Ross Island is the local island entirely covered in a cement quarry/mine/whatever.) 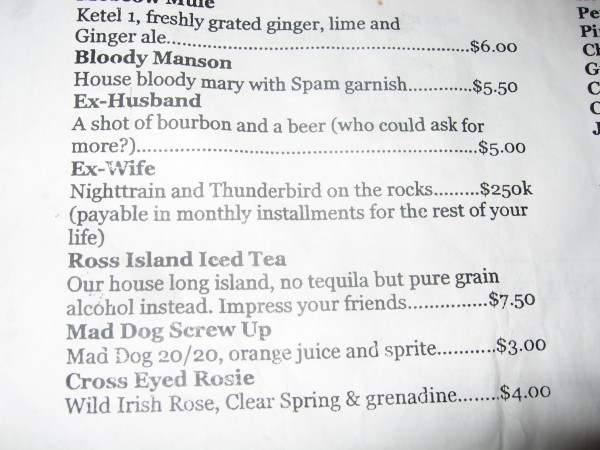 As always, leftovers were foil sculptures. 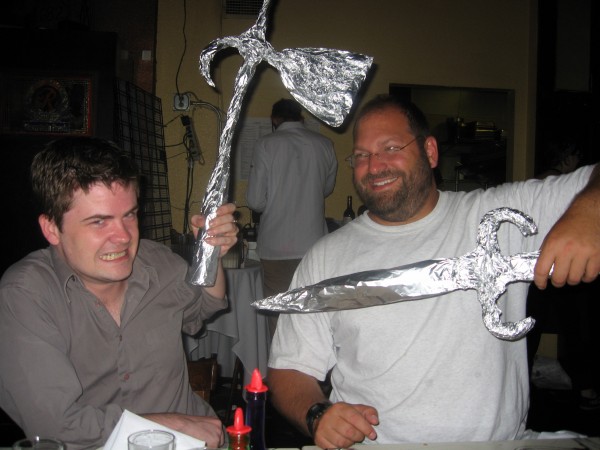