Although I smuggled my deodorant in my baggage and the TSA did nothing, even though they stared directly at the bright orange cap, I didn’t attempt to bring anything else. I explained my situation as I was checking in to the hotel. The front desk sent up a care package including a disposable razor, shaving cream, a toothbrush, toothpaste (oh gawd, had I forgotten how sugary “normal” toothpaste is), shampoo, conditioner, body lotion, mouthwash, soap, facial soap, a showercap, Q-tips, cotton balls, and a sewing kit. I also got a funny little thick and fuzzy cloth bag/mitton thing that almost looks like it’s for shining shoes.

Tonight was pretty darn fun. I ended up meeting a bunch of ARG people including Ariock and Aliendial (as well as folks from Texas, Tennessee, another Brian, a few SF locals, and a group from Seattle.) I traded my (now, apparently, rare and out of print) extra Relativity card to Crovax for a big stack of silver and black cards. I ended up signing a bunch of people’s cards, too… which felt a little weird. The funny thing is that I got to see a few of the cards I authored for the first time in print, as opposed to A6-sized Illustrator files on the screen.

Also, I figured with all the good feedback (both online and in-person) about Catcher, now would be a good time to post the original prototype, which is similar in concept, but arrives to a different answer: 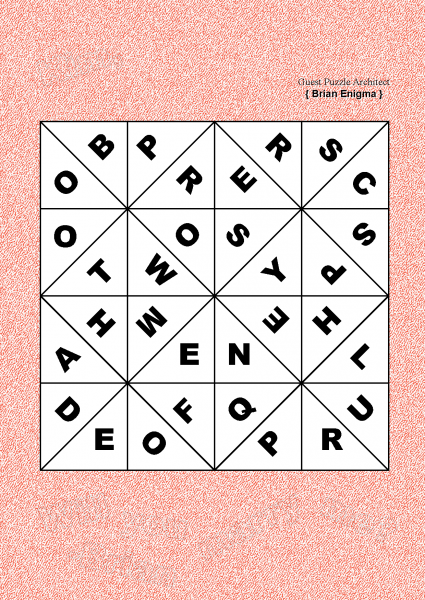 P.S. Also, the bed in this room comes with seven pillows: three fancy ones, three normal ones, and one of those tubular neck pillows.