Please note that all blog posts before 8 April 2007 were automatically imported from LiveJournal.  To see the comments and any LiveJournal-specific extras such as polls and user icons, please find the source posting at http://brianenigma.livejournal.com/2006/05/

The roadtrip-slash-vacation-slash-honeymoon was great. It simultaneously feels like I was gone forever and like the trip was not nearly long enough. We went out to the Surfrider Resort on the coast, about an hour south of Tillamook. (This was after touring the cheese factory and getting ice cream, of course, because what honeymoon is complete without cheese?)

The view from our room as well as the beach was absolutely gorgeous. (Warning: the two panoramic shots link to gigantic images.) 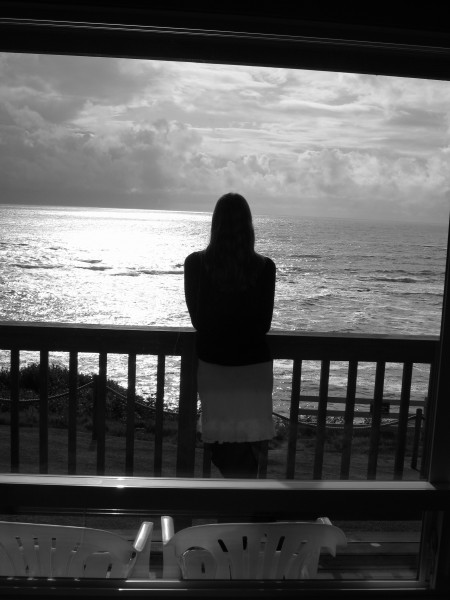 The weather was a mix of bad and good. Sometimes it rained, sometimes it was warm and clear.

Once, it rained sideways (but that was while we were in the greenhouse-enclosed pool, which was super hot and super humid.) 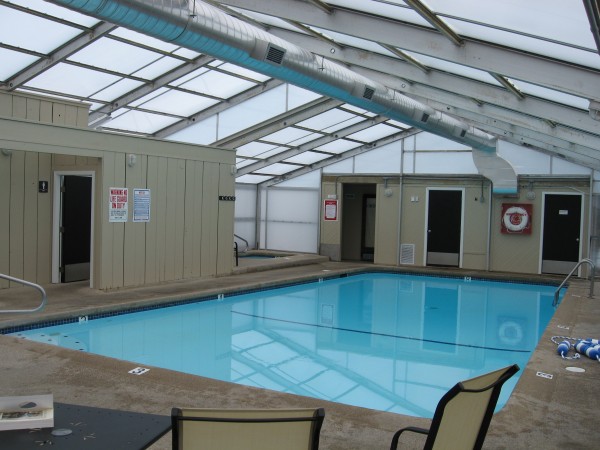 While the air and water temperature was not really good enough for going into the ocean, it was good enough to splash around in the nearby tide pools. 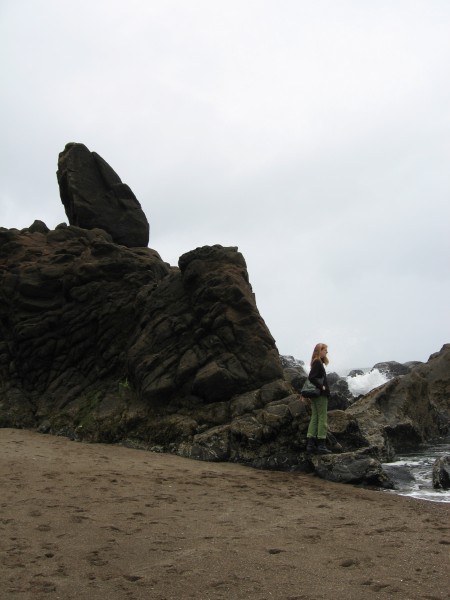 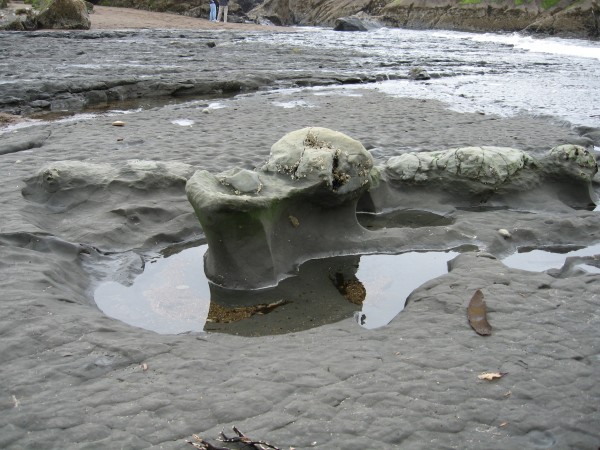 They were not nearly as interesting as the ones down in Orange County, but we still got to see starfish.

Further up the beach was an outlet where a small freshwater creek or stream cut through the sand and met up with the ocean.

The food everywhere was excellent. Assuming you can either ignore the soft rock hits of the 70s Muzak or you can bribe your waiter to lower the volume enough to make it unnoticeable, our hotel had a fine restaurant with lots of seafood dishes (and a highly tipped waiter.) A little ways down the road was a place called Pier 101 that looked a bit scary-grimy-seabilly. On the one hand, you should generally avoid restaurants with empty parking lots, on the other hand it was 4pm when we went looking. By 5, the place was packed. My crablegs were super-tasty and came with enough butter for an entire midwest family. The side salads weren’t just “here’s your lettuce,” but actually had good stuff like peas in them. I seriously do not remember the last time I had a salad at a restaurant (other than at a build-yer-own salad bar) that had peas.

We watched The DaVinci Code at the local theater and now desperately cannot wait for the upcoming lectures.

On the way home, we stopped at the Air Museum. 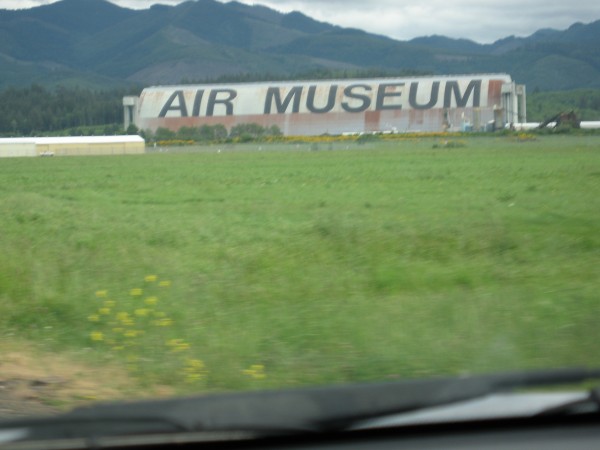 It is housed in the same style blimp hangar that they have back at the air base in Orange County. It’s a big wooden structure that can hold something like ten or twelve zeppelins. They had everything from prop planes to jets, but seeing as it was an old Navy air base in WWII (the blimps were used for submarine spotting because of their lack of speed, fuel efficiency, and they could stay out 50+ hours), it mostly focused on WWII and Korean war planes. They did have a couple of gyrocoptors, which are basically little one-person helicopters of a style featured in “that old black and white stock film reel about people’s crazy flight inventions that mostly did not work” that everyone seems to use in their birth of flight documentaries. The one on the left was found in a blackberry patch. 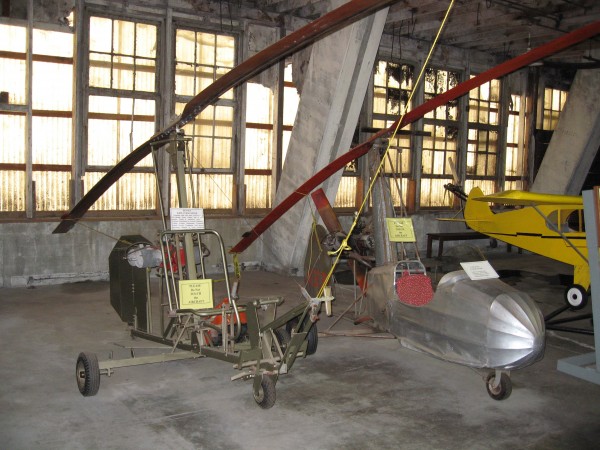 For some reason, I thought this was the same air museum with the Spruce Goose. Neither Kim nor I had seen it since we were little kids and it was under that big dome in Long Beach (which, I believe, is a movie set and full of sand now.) We thought it would be fun to see it again. I guess I did not realize that there are two air museums in the greater Portland area and that the Spruce Goose is housed in the other one. I guess we will go there sometime later.

The trip concluded with a flat tire. After giving the AAA towtruck over an hour to come help, I gave up and put the spare on myself. I pay for roadside assistance for what reason, then? 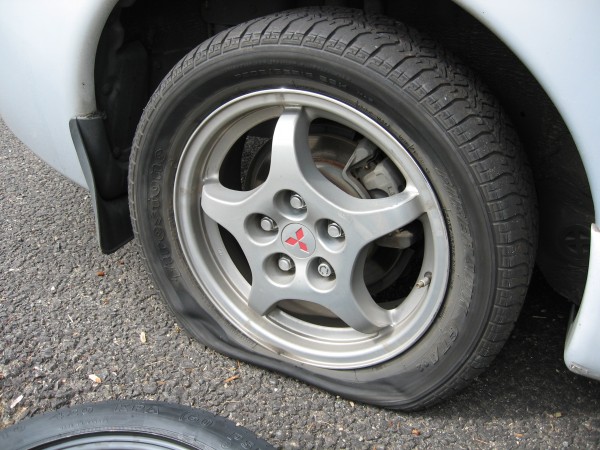