The Christmas tree went up this weekend. We got it home in much the same fashion as I have done in previous years: drop the top on the car, throw it in the back seat, and drive slowly home. The difference, of course, was the December temperature between Southern California and Portland. After some trimming, the aforementioned tree is wearing the aforementioned tin foil hat, and is consequently safe from government mind-control satellites. 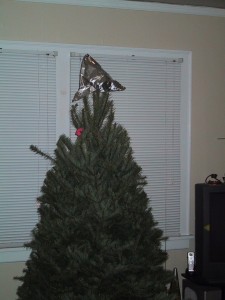 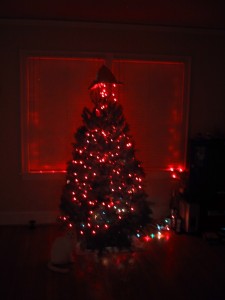 Also, while I am posting photos, I have one of “the well hung door” and I think Liam has been sneaking around town, tagging. I did not get a chance to get a picture of the red and yellow warning sign warning people and motorists to be careful around the train tracks because the trains are computer-controlled and may not have human conductors. I realize thatdoes that kind of thing for a living, but it still spooks me right out. 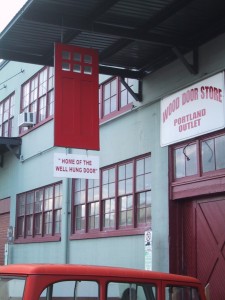 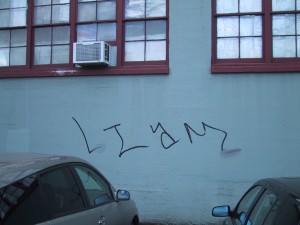 Today, while performing shenanigans like trying to open an SFP to get at the laser inside, I managed to open my finger instead. With a screwdriver. Ouch. It was nothing serious, just a little puncture that refused to stop bleeding for quite a while.

Carnivàle has got to be one of the best shows I have seen in a long time. Much like the other HBO television shows, it is of high production quality. Basically, it is an epic battle of good versus evil, played out through a great depression, dust bowl, traveling freak show, although it is difficult to tell which side is “good” and which one is “evil.” The dwarf from Twin Peaks is running the show!