I live in a nice little duplex house that is normally pretty quiet. There is an obviously stoner couple living next door and I think we have exchanged no more than a few sentences ever. A couple of weeks ago, there was a rather loud altercation between the two of them. Earlier in the week, there was a lot of shuffling going on over there. My first thought was “someone’s moving,” but I figured I was just interpreting the sounds strangely and pushed it to the back of my mind. Tonight, it seems one or both of them really is moving out. If anyone is looking for a two (or, more accurately, 1.5) bedroom place in the area, I can inquire about what is going on.

One of the pieces of test equipment at work has a “Don’t care” button. That is several orders of magnitude more cool than an “any” key, and still more cool than the “arm” and “trigger” buttons on the other scope. What did the world do before there were digital scopes that allow you to freeze-frame? 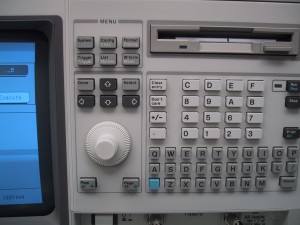 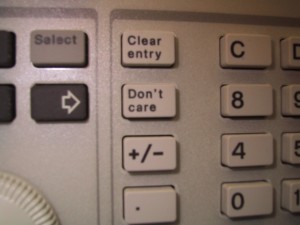 I picked up the second Spiderman movie today. The nifty thing about Spiderman is that he is a reluctant superhero. Other superheros (from my limited experience with such matters–I have never actually read a comic book beyond The League of Extraordinary Gentlemen) are such because they want to or have a vengeance of some sort. Spiderman is just some dorky science-geek kid that got bit by a radioactive spider. He is a superhero as more of an obligation than a desire.

If you are a crazy octopus man with four extra metal arms and you steal a bunch of money bags from the bank and use them to pay for crates and crates and crates of scientific equipment to continue your failed experiment, how do you do that? It is not like you can go to a different bank, open an account, deposit it, and write a check. “Sir, before you can open a checking account, let me see your ID and sign on this line with one of your numerous arms.” The COD option is equally unusable. Do you put the address of your secret lair on the order form, then come to the door to fork over the cash? You really need henchmen when you stand out that much, but where do you get them? Hanging out in front of the Home Depot or U-Haul? An ad on monster.com?