Please note that all blog posts before 8 April 2007 were automatically imported from LiveJournal.  To see the comments and any LiveJournal-specific extras such as polls and user icons, please find the source posting at http://brianenigma.livejournal.com/2004/07/

Feedle pointed out to me that the large, boring, sterile shopping mall known as Jantzen Beach used to be an amusement park until the 1970s. A lot of the pictures remind me of “Shell Beach” from Dark City, now that I think of it.

It seems that at least one amusement park from the early 20th century still exists: Oaks Park. I may have to check it out. Admission is free–you only have to pay to go on the [presumably poorly-maintained carnival] rides. They have a Tilt-A-Whirl, dammit! I have not been on one of those since I was a kid at Knotts! They also have (or, at least, HAD at one point in time) a boat named the WHANG-HO. 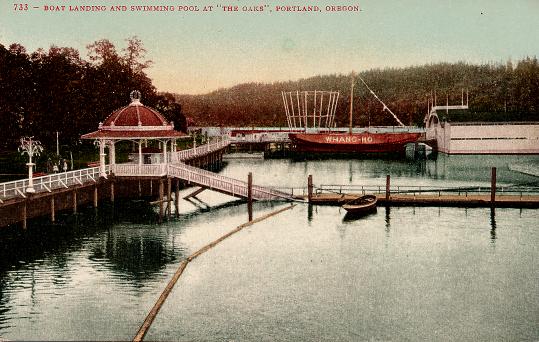 Now, everyone say that with me: WHANG-HO. WHANG-HO. Now giggle like a school child that just looked up a dirty word in the unabridged dictionary in the library.

It also seems there was another amusement park, Lotus Isle, which closed in 1932 that had some kind of evil shrine masquerading as a bumper-car ride: 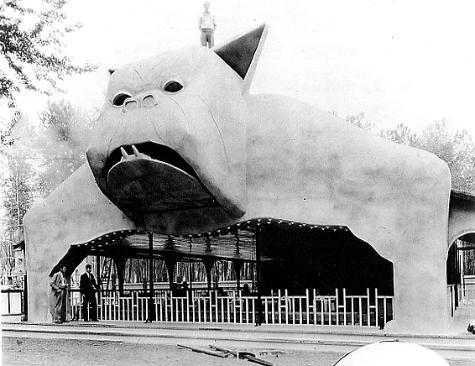 At any minute, klaxons will sound, the bulldog will open its mouth, and the Eloi will mindlessly walk in, to become dinner for the Morlocks.