Ebenezer has discovered that he can turn on the ceramic heater in the bathroom. 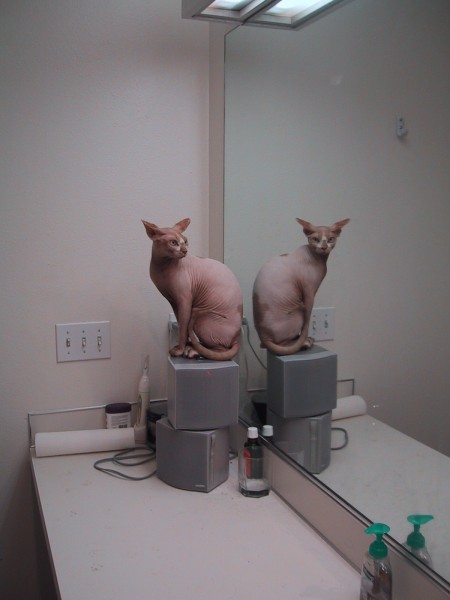 Also, you know that thing he did a few weeks ago in which he scaled a comforter to climb up to the bed canopy's metalwork? It turns out he can do the same thing, but without the aid of a comforter. I have no idea how he did it, since I was not in the room at the time. I would have snapped a picture, but was a little bit more concerned with getting him down than finding the camera.

I want to go to the O'Reilly Open Source Convention in July. It is being held up here and looks to have some pretty cool tracks (including a keynote by Freeman Dyson, emerging topics like Voice over IP and Apache Geronimo, Brad from LiveJournal talking about memcache, lots of nifty XML topics, etc). I just wish it was not so expensive. The tutorials, I do not care so much about because I can do a lot of experimenting on my own and have access to Google and mailing lists, but the 3-day pass to the convention sessions is $1095 (minus $300 if you order early).