Yesterday was fun, as I spent a big chunk of the day at the Oregon Museum of Science and Industry. I’m now a member and can can go as often as I want plus get a friend in for free. Let me know if you want to go! It would seem that a the museum is funded by (and has become a marketing and advertising outlet for) Intel and Portland General Electric (PGE).

The entire “technology” section seems to have been funded by Intel (they have a local office up here) and seems like a gigantic piece of marketing. You get to learn all about those Intel USB Microscopes. You get to learn all about how computer chips are made, including samples of the silicon at various stages of development and all the tools and mechanisms used to create them. While it does not say “Intel” anywhere on the display, all the chips have the “i” logo silk screened upon them. Basically, everywhere you go, you get to see something about Intel.

Half of the museum is/was an old PGE power plant. Lots of signs with the PGE logo explain how everything works, and there is even a GIGANTIC steam-powered generator turbine remaining. Sawdust from local mills got trucked in and thrown in a furnace that boiled water. The steam was pushed through turbines, cooled with river water, and recycled back to the furnace. The whole setup looks pretty cool and the size is impressive. I just could have used with a little less marketing.

Also, they have a decommissioned submarine there. I think that I’ll take the submarine tour next time. I also need to see the IMAX film about monkeys. 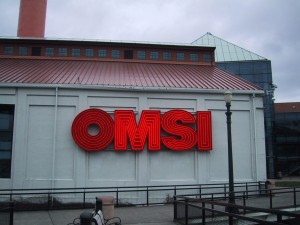 …and because most every post has to mention kitties now, I will talk/bitch about toys. They really like their catnip-stuffed felt fish. They really hate their catnip-stuffed felt lobsters. The problem with this is that the toys are sold in two-packs: one fish and one lobster per package. This means I end up with a surplus of lobsters. Below, you will see a before-and-after picture of some fish, as well as the current collection of lobsters. 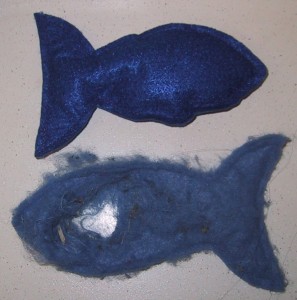