I am not entire sure what a cockle is (other than a marine bivalve mollusk), but I ate some for lunch. I would have taken pictures this time around, but was too hungry to bother. They look vaguely like crab claws without the shell–white, vaguely claw shaped, with funny little ridged edges. The thing that creeps me out is that they are also vaguely finger-shaped and seem to have a skin with swirl patterns in it, like fingerprints. I also picked up some “Collon Cream” and some tree-stump snacks. I have had the latter and it is good (and kind of funny considering the tree-hugging population here). While plenty of pictures of the former have been floating around the net, I have not actually held it in my heads. 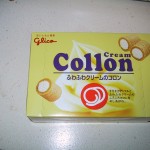 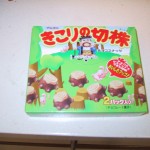 By the way, I am really starting to like the new iPhoto. Aside from performance, there are lots of subtle improvements. My favorite is their equivalent of the iTunes “smart playlist.” Everything is imported–now I need to go back and add keywords. That way, I could do stuff like punch in “BC” or “Noel” and get all photos containing them.

P.S. I need to learn the iPhoto API so that I can:
1) Run reports on the keywords. I finally went through and added keywords to all of the pictures. Most of the keywords are people’s names. It would be nice to run a report to see who shows up the most!
2) Perform a mass-export. Exporting one album at a time really kind of sucks. If I could do a mass export (especially, if there was a hierarchal structure), I could totally do away with PHP Gallery and use static pages instead.