Kate's description of events last night was pretty accurate. The restaurant, with its pillow bench things and low tables, reminded me of the restaurant from The Man Who Knew Too Much. She left out the scary, creechy belly dancer though. I did not get to see a lot of it firsthand because we were in a separate booth-slash-room and I had my back to the rest of the restaurant–AND I did not want to turn around for fear of making eye contact, which seems to be what attracts belly dancers to your table. In fact, I kept picking at food, even though I was stuffed, hoping to make the table look occupied enough to be ignored.

So anyway, she first came to the table of a family dining behind us–or so I am told (again, this is all second-hand). We shall call the father of this family Mexican Mullet Man. The family consisted of him, a wife, and several kids–specifically including a little boy of about 5. MMM gave his son dollar bills to *ahem* give to the belly dancer. Of course, the kid was scared and embarrassed and just tried to hand the dollars over. Creechy Belly Dancer Lady would have none of that–she kept undulating and motioning for him to put the dollars in her waistband.

Next, she decided to accost our set of tables. She stood between the tables, gyrating and oscillating. Uncomfortable silence. More uncomfortable silence. Next, a sort of vibe, sort of evil eye from everyone at the table that just kind of exuded a general message of “fuck you, we do not want to play your exploitative reindeer games.” Of course, the hint was not taken. At that point, she thought it would be a great idea to bump and grind against vegemitelover. He had to time taking sips from his tea, out of fear of spilling it during a bump cycle.

Finally, she gave up and went to a table that looked like it consisted entirely of librarians from Arkansas. Much fun was had by that table.

The food was great, though! I need to figure out how to make the nifty soup. I have a pretty good idea (beans and broth thickened slightly with tomatoes), but am a little unsure of the specific spices. This was also the first time I have ever tasted couscous and enjoyed it. I guess there is a bit of a difference between your mom making instant couscous from a box and north Africans preparing it professionally.

The part afterward was great. Thank you, everyone, for showing up. I did not get to properly say goodbye as we left, considering I was half-asleep and in a state where I thought my name was “Monkey,” but I think the whole evening acted as a great goodbye. The whole moving/goodbye thing has not hit me yet, and considering Boston, will probably not sink in until about halfway there–so any sort of goodbye will not quite feel genuine until it is too late.

It looks like our house is pretty much a done deal. We will have plenty of space for guests. Sorry about the crappy image quality, but it is hard to clean up an image that was of questionable quality to begin with. 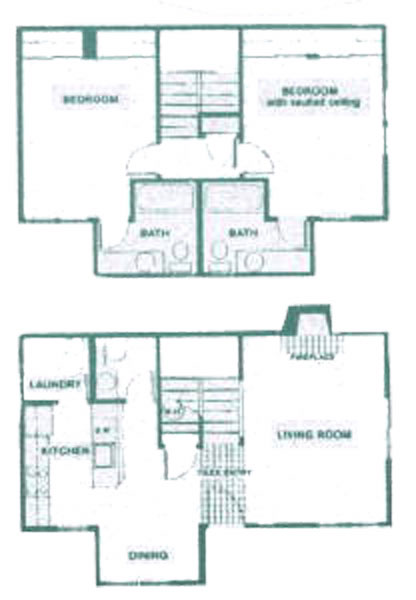