“I was starting to get worried. For a while there, I could not find my Sigue Sigue Sputnik.” -Me

“I am wearing my helmet while sitting on the toilet.” -random SMS message from

I might as well as jump on the bandwagon… 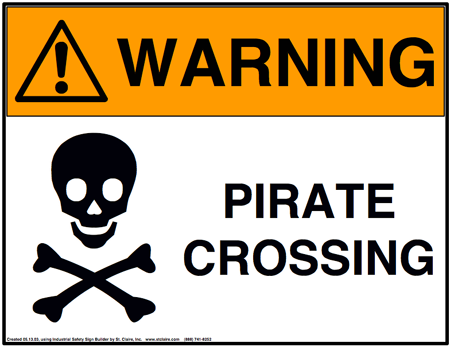 At work, we are evaluating a software tool for Java developers. We downloaded the program and entered our 10-day license code. Now, for ten days we have full access to the program. It allows us to see how much memory a program is using, exactly how and when it is being allocated, and even lets you walk through the contents of memory. It is the kind of program that really advanced Java developers tend to use…the kind of Java developers who are really good at picking apart a program–disassembling it, tweaking it, and putting it back together again. So if you are a big company that makes such a tool, it is generally a bad idea to (1) write the tool in Java, then (2) write all the licensing for the tool in Java, then (3) leave all the debugging symbols in the compiled class files. It takes an advanced developer–the kind of developer who is the target audience for this tool, the kind that is too lazy to brave the red tape of filling out a PO for $1,000 to purchase the tool–about seven minutes to decompile the application locate LicenseValidation.java, locate the public boolean checkForValidLicense() function, change it to always return true, then recompile the app. “Look, Ma! No license check!” Geez! And I thought that cracking games with 8088 assembly language decompilers back in the '80s was easy.

Within the last HOUR I have received one hundred ninety eight pieces of spam from various addresses at pleasuremailer.com. Fortunately, the combination of the spam filter on the mail server (SpamAssassin) and the spam filter in my mail program (Mail.app) filtered them all out. Some of them have the craziest subject lines. They looked like words vomited forth from a Markov Chain generator. I was going to post a few of them, but for the life of me could not find a way to export messages in the Apple's Mail.app. I started to get a little pissed off. “Okay, am I now stuck using this mail application forever? Is there no way to switch to another if I wanted to? Grrrr…” I thought I might hack the mailbox file format and extract a few of the subject lines–but imagine my surprise when I discovered they were in the plain ol' Unix mailbox format, complete with lockfiles (but with the addition of a binary index file to make access a little bit faster). So now, I can bring you the crazy subject lines… SPAM ME UP, SCOTTY!