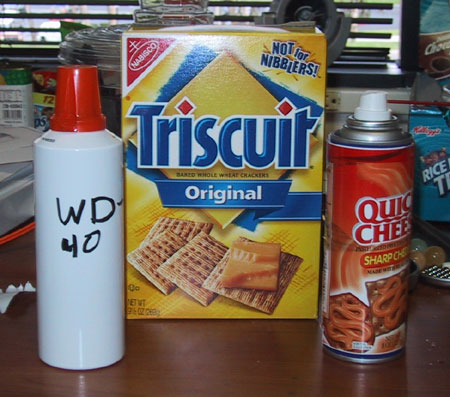 The power supply on the MP3 backup server died the other day. Instead of fixing it, I ended up getting an external firewire disk enclosure, put one of the 80 giggers in there, and plugged that into the desktop. I still have to figure out if I will do the same with the other. This proves to be a good solution because all of my rsync backup scripts still work (with a few path changes) going from Redhat Linux to OS X. If/when I upgrade the desktop, I can just unplug all the drives and plug them into the new system–and send the old one over to my parents. I have always said that what the world needs is a stable Unix operating system that is easy enough for my mom to use, and guess what? This is easy enough for my mom.

Speaking of the OS of X. It has proven very difficult to get a USB-to-Serial adaptor that is compatible with OS X. I finally had one recommended to me (from a company called Keyspan), but have yet to get one. I really want to write a protocol stack for the GPS, but being able to plug in the GPS is a pretty big first step.

Downloading Unreal 2003 demo right now. wget is good. Also: downloading Gridz, which seems to be like a virtual battlebot type of thing. Now I sound like a computer gamer. No, I generally hate computer games. Unreal always looks really good, though, so I am checking that out and will probably delete it in a few days. Grids looks to be a nifty little puzzle-type thing, so I’ll try that out.
I generally HATE the LiveJournal question thingeys that get circulated around, but this time I am making an exception. This one actually is kind of cool… (stolen from )